Herod Antipas, son of the elder Herod, who was the slayer of the children of Bethlehem at the time of the birth of the Lord Jesus, was ruler of Galilee at the time when John the Baptist was preaching. This Herod was married to the daughter of Aretas, an Arabian prince. But Herod, an evil sprout of an evil root, put away his lawful wife and unlawfully took unto himself Herodias as his concubine, the wife of his brother Philip, who was still living. John the Baptist stood up against this lawlessness and strongly denounced Herod who then cast John into prison. 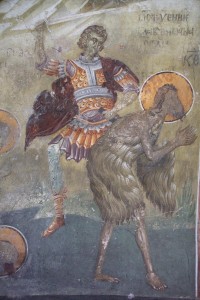 At the time of a banquet in his court in Sebastia in Galilee Salome, the daughter of Herodias and Philip, danced before the guests. The drunken Herod was so taken by this dance that he promised Salome that he would give her whatever she asked of him, even though it be half of his kingdom. Being persuaded by her mother, Salome asked for the head of John the Baptist. Herod gave the order and John was beheaded in prison and his head brought to him on a platter. John’s disciples took the body of their teacher by night and honorably buried it and Herodias pierced the tongue of John with a needle in many places and buried the head in an unclean place.

What later happened to John the Baptist’s head can be read on February 24. However, God’s punishment quickly befell this group of evil doers. Prince Aretas, in order to cleanse his daughter’s honor, attacked Herod with his army and defeated him. The defeated Herod was sentenced by the Roman Caesar, Caligula, to exile at first to Gaul and later to Spain. As exiles, Herod and Herodias lived in poverty and humiliation until the earth opened up and swallowed them. Salome died an evil death on the Sikaris (Sula) river. The death of St. John occurred before the Pascha [Passover] but its celebration on August 29 was established because, on that day, a church which had been built over his grave in Sebastia by Emperor Constantine and Empress Helena was consecrated. In this church the relics of John’s disciples, Eliseus and Audius, were also placed. 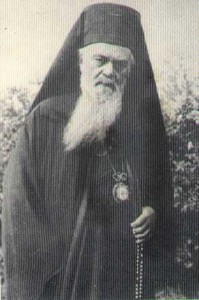 Reflection
If you observe how men die, you would see that the death of a man usually resembles his sin. As it is written: “For all they that take the sword shall perish with the sword” (St. Matthew 26:52). Every sin is a knife and men usually are slain by that sin which they most readily committed. An example of this is given to us by Salome, the foul daughter of Herodias who asked for and received from Herod the head of John the Baptist on a platter. Living in Spain in the town of Lerida [Loredo] with the exiled Herod and Herodias, Salome set out one day across the frozen river Sikaris. The ice broke and she fell into the water up to her neck. Icebergs squeezed around her neck and she wiggled, dancing with her feet in the water as she once danced at the court of Herod. However, she was unable either to raise herself up or to drown until a sharp piece of ice severed her head. The water carried her body away and her head was brought to Herodias on a platter as was the head of John the Baptist at one time. Behold how terrible a death resembles the sin committed. 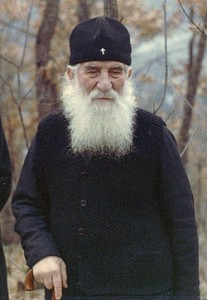 Today, in glorifying that great and glorious first Apostle, first Martyr, first Evangelist, Precursor to all true Christians of all time, we bow down before his joyous suffering for Christ’s Truth and His Holy Gospel, before him as Apostle and Martyr. Consider, that for already 2,000 years, the One who allowed the lawless king to behead him, has been working countless miracles in the earthly realm, living in it alongside the Lord Jesus Christ. For 2,000 years he has been ceaselessly working miracles for all those who turn to him in prayer.